Why does it always take a catastrophe to get people engaged! Let’s revisit, reexamine and reassess it’s almost 2 years since this piece was written.

Take a few moments and Re-read this blog, in its entirety, it’s in your best interest. And if you don’t see the possible challenges facing you then you should reevaluate the value of your home, personal belongings, insurance coverage, and replacing a life’s time of memories.

The wise person, the logical person upon reviewing what you own, will see the possible, probable outcome, the financial loss on the horizon! Natural or man-made disasters are severe. An event is designated a catastrophe by the insurance industry when claims are expected to reach $25 million.

For days upon days we have all watched TV and Newspaper coverage about the Tornadoes and Floods. These current disasters are ongoing catastrophes. People are losing a life’s worth of homes, personal belongings, memories and more than that precious lives. The trauma that people go through in itself is tremendous add on the accumulated pressure of trying to remember what you owned is in calculable.

I can guarantee you that better then 90% of those who are living in Tornado alley, Flooding, Wildfire country have NO Inventory. Or at best a punch of pictures without the required detailed backup. When your running from fire, after the fire, you’re not going to remember all the items that make up your home, your memories, all the items that are now gone.

Our firm does not travel to the western states. However, there are firms like ours. In other states like California, Oregon and Washington. Our place is to stand with South Florida. We are here to offer Inventory Services & Home Sitting in South Florida.

I’am a Floridian, a South Floridian and it is my charge to explain, educate, enlighten and direct your efforts to protect our neighbors. However, my blog contains free information to all. There are other professionals who provide,Personal Property Inventory, Appraising and House Sitting. If you have a question or direction please feel free to contact me. Contact info is displayed at the end of this entry.

Florida is now approaching the beginning of the Hurricane season, as usual most of us. Employ the standard line(s).  People are being drawn to the area by sunshine (335 days a year). “It never happens here or we haven’t had a Hurricane since Andrew or it’s just a creation of Home Depot’s … Lowe’s, Publix or just getting Costco to buy enough and spending hundreds and hundreds that well never use…

Florida is now approaching the beginning heart of the Hurricane season, as usual most of us. Employ the standard line(s).  People are being drawn to the area by sunshine (335 days a year). “It never happens here or we haven’t had a Hurricane since Andrew or it’s just a creation of Home Depot’s … Lowe’s, Publix or just getting Costco to buy enough and spending hundreds and hundreds that well never use…

Disaster losses along the coasts all the way from the Gulf to New England will escalate in the near future. Development will increase any open piece of land will become a Condo or a strip mall (as if we don’t have enough). There is one catastrophe modeling company (and there are many) predicts that catastrophe losses will double every decade. This is due to growing residential and commercial entities. The density and more expensive buildings will require more services and more to restore after a major Hurricane.

One older study back when I originally created this entry provides strong evidence from 1993 to 2012:

A 2013 study of coastal areas found that Hurricane Related Flooding that: 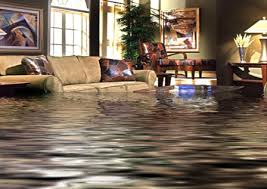 The following information chart PCS ranks historic hurricanes based on their insured losses, adjusted for inflation. The chart beneath, estimates insured property losses from notable hurricanes from past years, if they were to hit the nation again today with the same meteorological parameters.

ThE 2014 analysis shows that more than 6.5 million homes along the U.S. Atlantic and Gulf Coasts are located within storm surge risk zones, totaling nearly $1.5 trillion in total reconstruction costs (Table 1). More than $986 billion of that risk is concentrated within 15 major metro areas.

Source: CoreLogic 2014. Based on estimated reconstruction values as of June 2014.

“Accuweather dating back to the 1800s,” AccuWeather Hurricane Expert Dan Kottlowski said. “These numbers are not based upon property damage but instead focus on the chances that a hurricane will strike a region based upon factors such as geography and location.”

Lists the Top 5 US cities most vulnerable to hurricanes

We have been very lucky; Hurricane Andrew has recently hit 25 years since we have had a major hurricane hit us in South Florida. We might never have a visit from the likes of Andrew towards the shores of Florida. It might drop dead from wind shear or choke on the dry air. But that’s nice to think … the reality tells us different. There are more storms on the horizon. But it teaches us that we have time to protect our homes, our personal belongings and our memories. 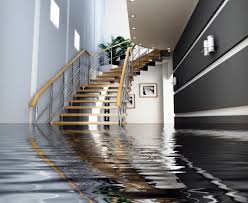 On August 29, 2005, Hurricane Katrina struck the Gulf Coast and caused more than $41 billion in insured property damage. In total, the storm caused between $96 and $125 billion in property damage, destroying an estimated 300,000 homes.

Your living in Paradise and it is like freedom, it comes with a cost. That does require action on your part.

We currently have limited time to have an inventory done, professionally, not just with pictures but also with detail and proper detail. It is incumbent upon each of us to do the following:

Pictures only will not give you the protection you require. Have descriptions, receipts and warranties in a written format. Don’t claim deliberately what you don’t own!

Hire a Professional Inventory Specialist. If you had an inventory, and a disaster does happen, your initial claim can be quickly submitted within 24 – 36 hours … and the more information you provide the quicker you’ll receive compensation. If you have full documentation including picture’s, receipts and warranties you’ll typically recover 20%+ more when settling an insurance claim.

After you’ve read and absorbed …. Have you taken any productive steps?

“All information deemed reliable but not guaranteed.”